Helping to expose the real science behind what we should be eating. 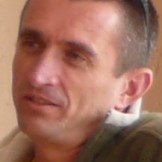 By his early 30’s, Doug had run almost a hundred marathons and ultras and could eat pretty much anything he liked.  As he approached 40, however, he noticed he was putting on a little weight each year and, no matter how hard he trained, he was not able to get the weight off again.  In the end he was constantly injured and hating running, and life itself.

When he was first introduced to the concept of the Low Carb / Ketogenic diet, he could not believe that an athlete could function without carbohydrates.  However, being an engineer at heart, he started reading all the research and found it all made total sense.  It explained all the issues he was having, including the things he struggled with back when he was running well.

So he decided to give it a go and, after an adaptation period of about 10 days, the results were spectacular.  His weight started coming down and running became easier and more enjoyable each day.

He am back down to the weight he was when he was 30, his recovery after training is better than it has ever been, his sore knees and other aches and pains have cleared up and he am no longer experiencing any respiratory issues.

He is now committed to helping to reverse the current consensus on diet here in the US and around the world.  The consequences of the governmental dietary policies introduced in 1977 have been catastrophic and he believes it’s time we all took a stand!

Get notified about new releases.

Sign up for email updates from Low Carb USA.